How does Juristat calculate the Examiner metrics in our reports?

Juristat's Examiner Reports provide a comprehensive view of your examiner's past behavior through a series of metrics. Below is a description of each

The disposed applications graph shows the number of applications either allowed or abandoned by the examiner year over year. 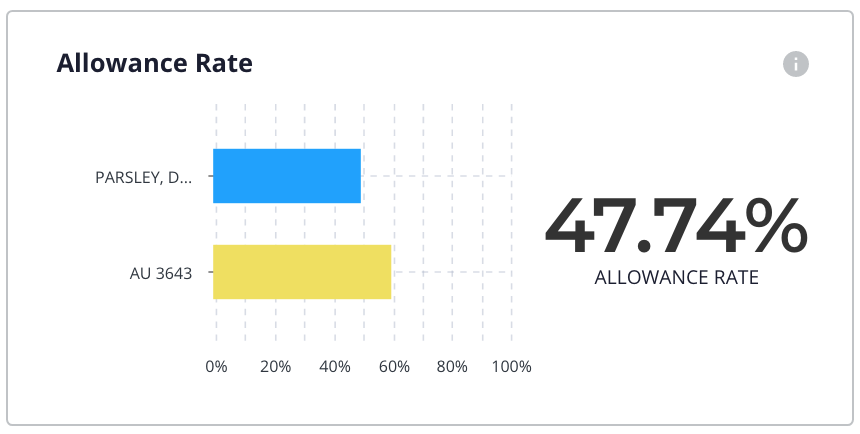 Average Office Actions Per Application
This metric shows the average number of final or non-final rejections, ex Parte Quayle actions, and restriction or election requirements per allowed application in front of a particular examiner. 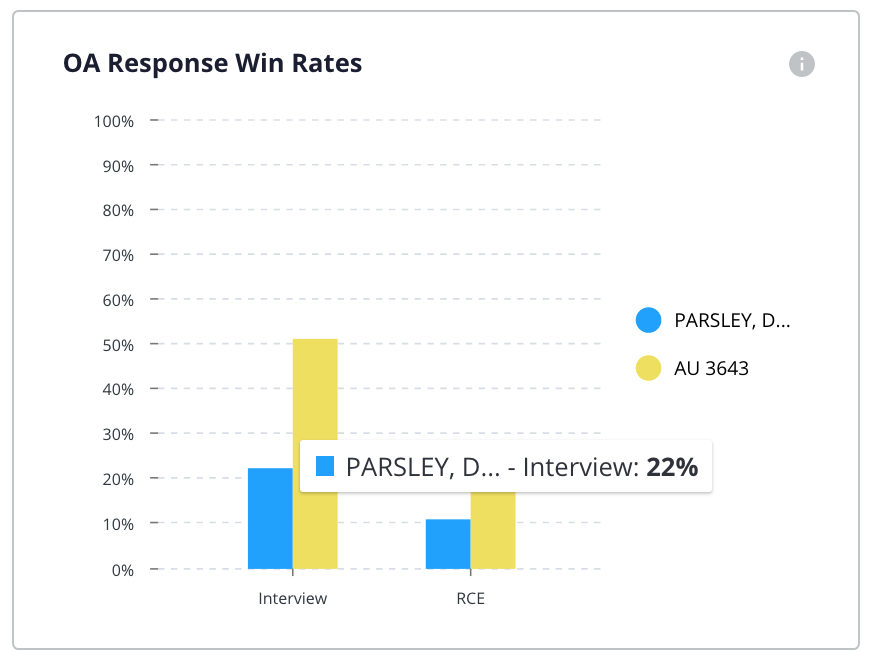 Dispositions by Rejection Count
This metric shows the number of applications in front of a particular examiner that were allowed or abandoned at exactly the specified number of rejections.

Effect of Interview on Allowance Rate

The examiner's end-loading rate is the percentage of notices of allowance (NOAs) and adverse office actions completed by the examiner in the last 3 weeks of a quarter minus the expected ratio of 3/13ths. In other words, this metric describes the extent to which the examiner "end-loads", or, issues more or fewer NOAs and office actions during the last three weeks of a quarter as compared to the remainder of the quarter.

The appeal outcomes donut charts show the outcomes of this examiner's applications at three stages of the appeal process: the pre-appeal brief conference, the appeal briefing stage, and the PTAB. 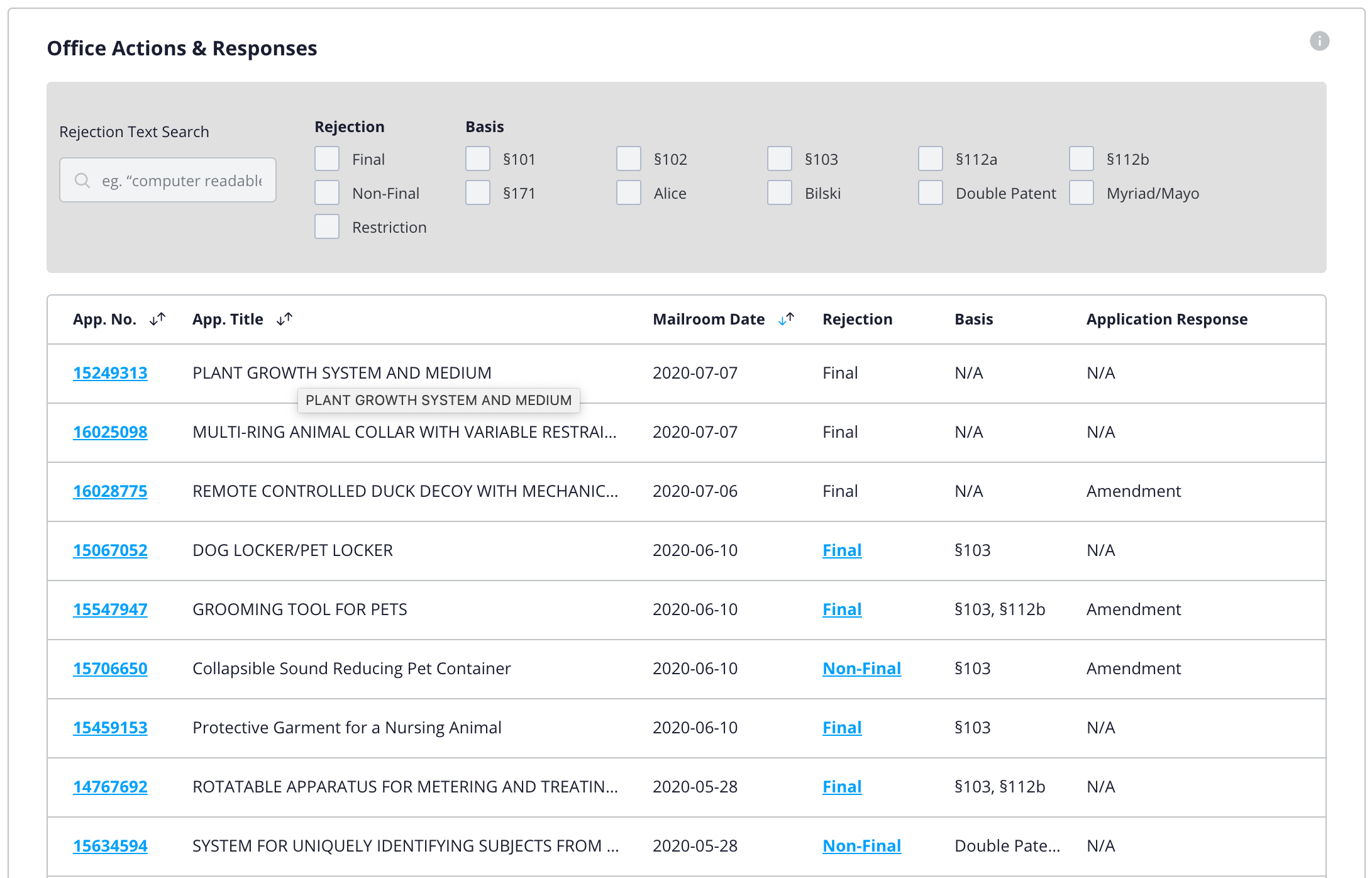 Office actions and Responses and Appeals and Outcomes

The final two sections of an examiner's report allows you to search and filter through the examiner's previous rejections and appeal briefs.

Other questions about our examiner metrics?  Just ask.